Over the years I have had the great honour to serve a number of lovely people and great companies and Paris Travel Service is one of those I particularly enjoyed serving. It was the very first customer of mine way back in 1990.

Our relationship went from strength to strength as we created and worked on a number of different products together to satisfy their clientele. The Paris metro map design was the first of many different designs and a number of innovative ideas during a 16 year relationship until the company was bought by a competitor in around 2006.

Over the following pages I will showcase the varied and distinctive products and designs I had the pleasure of working on.

It is no accident that I was able to work with Paris Travel Service for so many years and on so many different products. Their clientele were particularly discerning and the management had very high standards. The continuing excellent feedback year after year from their clients gave rise to the longevity of the relationship.

The previous metro map in this product was quite dire and had been causing their clients to get lost on many occasions. The management and their fulfilment staff were very happy when I came along with my proposal to replace their existing metro map. 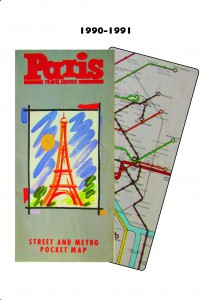 This had been the previous design of cover and metro map in the years before I came on the scene with the replacement design. The map had quite a few design problems and missing information. 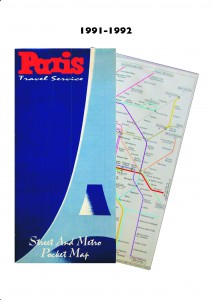 The very first and the original Paris metro design 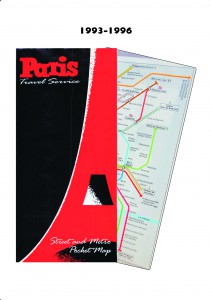 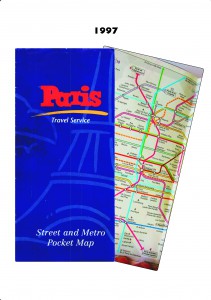 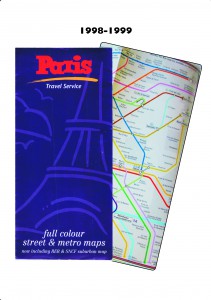 This season I was invited to completely redesign the whole map top to toe inside and out. The street map inside was completely revamped adding new styles, typeface and colour scheme with places of interest highlighted. A number of photos were also added as well as the RER regional rail map.

In addition, the folding was completely changed to be a much more user-friendly gate fold. What would be the advantage of a gate fold? Good question.

On a A2 size page folded first in half along the width, each of the subsequent concertina folds would allow the user to open out just the required amount of ‘page’ to view the detail they required.

As I designed it, the two transport maps – Metro and the RER regional maps were positioned on one side of the long fold which allowed the client to open this side out and view either of the two maps with ease. 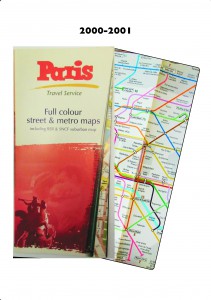 Continuing with the redesign the cover was changed for this season and new mapping introduced for the company’s partner shop locations. 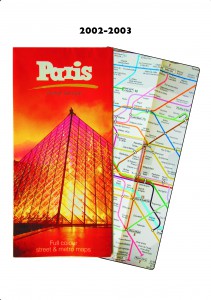 A cover change and update to the two transport maps this season. The RER map featured the 4-letter operating codes (nom de mission) to help customers identify the stopping patterns of these trains. No other map of the RER has ever featured these codes – not even the official RATP maps. 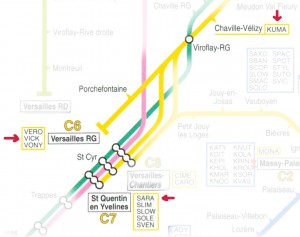 Section of the RER regional rail map that this season introduces the 4-letter ‘nom de mission’ codes displayed on the front of trains, on timetables and on the departure boards. The red arrows point to the codes you can see in the departure screen example below. 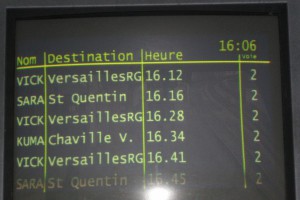 This is an example of the departure screen on RER Line C and shows the 4-letter codes mentioned earlier.

So what exactly does all of this information mean to the client? Good question. On the one hand it may be argued that it is information overload. On the other however, a passenger in an unfamiliar situation – basically anyone else who is not a regular commuter on a regular line, it gives them all the information they need to make their journeys with absolute confidence. 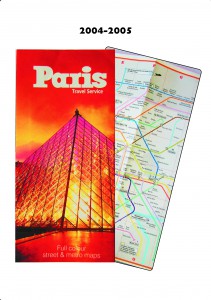 This season saw the introduction of a street index on the street map side of the product as well as rather smart grids for the two transport maps. This was the last season I worked on this product as the company was sold to Cresta Holidays.