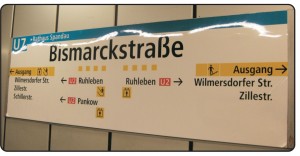 Which version to use on the map?

Having undertaken the field research in each of the cities I’ve made maps for, I do, at least, want to represent the system as accurately as possible. In this example the dilemma is the version of spelling. I have two choices and both are valid – the signboards appeared on the walls on both platforms.

It would make the map messy, and not really add any more useful information to the user to put both of the spellings on, so I plumped for the more modern of the two signboards and fig.2 shows the result on the map. 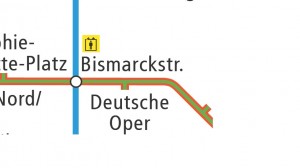 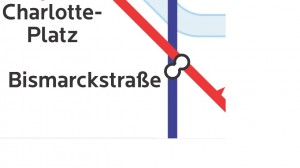 Figure 1. Illustrates the way that the transport company – BVG – have decided to represent the name on their map. It could be argued that as it has been shortened it is neither accurate nor inaccurate.

But here in Alicante is a completely different conundrum…